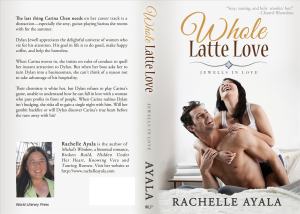 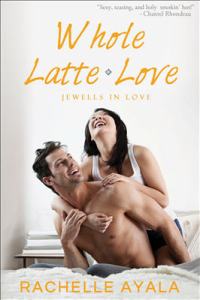 Investment banking intern Carina Chen doesn’t need any distractions—especially the sexy, guitar-playing barista she rooms with for the summer.

Free spirit Dylan Jewell appreciates the delightful universe of women who vie for his attention. His goal in life is to do good, make happy coffee, and help the homeless.

When Carina moves in, she insists on rules of conduct to quell her instant attraction to Dylan. But when her boss asks her to turn Dylan into a businessman, she can’t think of a reason not to take advantage of his hospitality.

Their chemistry is white hot, but Dylan refuses to play Carina’s game, unable to understand how he can fall in love with a woman who puts profits in front of people. When Carina realizes Dylan isn’t budging, she risks all to gain a single night with him. Will her gambit backfire or will Dylan discover Carina’s true heart before she runs away with his?

Add to your Goodreads

Aislin d’Forest – January 10, 2014 “The definition of romance according to Rachelle is worth reading!”

Sanity is for Those without Children – July 22, 2014 “a neat look at the different sides of Berkeley”

The Book Review – July 18, 2014 “this (Carina’s personality) was a unique twist and I liked the switched roles”

The Book Stalker – July 17, 2014 “smoking hot characters who are realistic and easy to love”

espacularaiesa – July 15, 2014 “The He man Dylan is a pretty darn delectable barista”

Scattered Thoughts – June 20, 2014 “Dylan, the hot , sexy guitarist and barista is a dream lover for every girl”

The Phantom Photographer – June 18, 2014 “if you like game playing and twists”

Red Pillows – June 14, 2014 “will definitely tug at the heart strings of all the romantics out there.”

Where Being a Woman is Not Easy – June 9, 2014 “Everything’s complicated when sharing a room with hunky Dylan.”

Words’ Worth by Samarpita – June 8, 2014 “A hottie, a Tarantula, the most sinful Latte, drop dead gorgeous.”

Redhead Momma Reviews – June 4, 2014 “Hot, steamy, and a real story. I would recommend this book again and again!”

Chew Clue – May 29, 2014 “sinful, satisfying and just as indulgent as a slice of chocolate cake.”

Happy Homemaker – May 29, 2014 “As the two collide, they find themselves slowly falling in love.”

Daisy Ray Must Knows – May 28, 2014 “I was so torn between understanding Carina and loving everything about Dylan.”

It Is What It Is – May 20, 2014 “The chemistry between the characters is intoxicatingly hot.”

Crimson Journey – May 20, 2014 “I fell instantly in love with [Dylan] and now will never be satisfied with just any man”

The Lady Prefers to Save – May 19, 2014 “Infused with indie rock, steamy love scenes, and financial unsteadiness!”

Adventures of Audrianna – May 12, 2014 “Opposites attract for sure in this book.”

Moms … check nyo – May 5, 2014 “a contemporary romance with a little mystery and a happy ending”

Chantel Rhoundeau – April 21, 2014 “chemistry sparks from the get go and doesn’t let up”