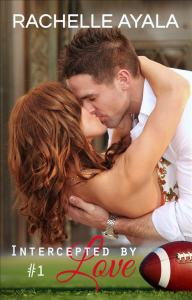 Pro quarterback Cade Prescott’s last play was to lose the Super Bowl for his team. To escape the bad press, he goes incognito to a sleepy university town.

Andie Wales’s first love is researching ancient bad boy kings. She is blissfully unaware of the Super Bowl and modern day bad boys. When her dog meets and mates with Cade’s dog, Andie’s first concern is to get her dog to a vet. She gets waylaid by Cade and his hunky good looks and has no idea just how out of her league Cade is.

Despite his secrets, Cade feels differently about Andie and thinks he might be falling in love. Unfortunately, his past catches up to him, and he is accused of a deed way worse than losing the Super Bowl. Can a professional athlete and a research librarian truly prove the axiom that opposites not just attract, but were meant for each other?

Research librarian Andie Wales is devastated to learn that the man she fell in love with is a professional athlete who plays on and off the field. When Cade’s past mistakes catch up with him, Andie urges him to go back to California to do the right thing.

Meanwhile, Andie’s father’s medical bills are mounting, and she needs to take on a second job. A lucrative offer to do research for a scriptwriter lands in her inbox.

Andie flies to Los Angeles to take up the job and finds Cade Prescott at the airport, ready to take her to his place. She’s shocked by the rent in Hollywood for even the dingiest closet, so she agrees to stay at Cade’s to save money, as long as he promises their relationship is friends only. Can she negotiate a benefit package that’ll keep her heart intact? 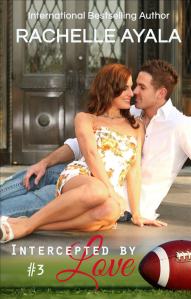 Cade and Andie’s love affair take a shocking turn when both of them have obligations to people from their past. Meanwhile, a rival is trying to get Cade kicked off the team, and Andie’s family situation takes a turn for the worse.

Cade is drawn into a scandal he has no control over, being accused of things he never thought possible. Meanwhile, a huge opportunity drops in Andie’s lap, but she ends up disappointing her family when lurid pictures of her go viral on the internet.

Just when their dreams are about to come true, a bombshell throws Cade’s game off. Will Cade and Andie regroup and trust in their love to carry them forward, or will all their hopes and dreams fade away like the colors of an old movie?

To protect those he loves, Cade is forced to play dirty with one exception: on the playing field. Meanwhile, Andie is drawn deeper into her role as an actress, playing the lover of a man who manipulates her.

After suffering a severe betrayal, Cade is not sure who he can trust. When Andie discovers evidence that Cade’s been lying to her, she wants nothing to do with him. Can Andie and Cade unravel all the forces conspiring to keep them apart and intercept the love they both deserve?