Lost and Found by Jeanne Bannon

Lexie is so distraught after long-time boyfriend, Josh, dumps her, she takes a leave of absence from her teaching job. Josh leaves behind the puppy he bought for her just before things fell apart even though she’s not a dog person. Lexie contemplates giving it away but decides keep the little mischief-maker and get her some training.

While at puppy obedience school, Lexie meets Tommy, the happy-go-lucky type she could give her heart to if only she was ready. But Lexie gives Tommy the brush off and they lose touch. However, a series of events, some unfortunate, bring them together again.

Excerpt
Bardot was five months old now and still not housebroken, but without Josh around, Lexi was as helpless as a, well, a newborn puppy. She got up slowly from the hard floor. Her back ached and her head pounded. She guessed Bardot had to go outside for a pee—another thing she hated about having a dog. Her small yard wasn’t fenced and so she had to walk the puppy around until it decided to do whatever it had to. Lexi prayed Bardot hadn’t already done her business in the crate. That was not an uncommon occurrence and it always meant she’d have to bathe the dog since she didn’t seem to have the sense not to step in her own waste. Lexi sighed at the thought of it. Bardot did not like baths.
She bent down to open the door to the crate. Bardot already had her little pushed-in snout against the grill of the door, stubby tail wagging furiously. When she opened it, Bardot bounded out and jumped up to kiss her. Even though still just a pup, she was strong and her boxy little skull connected with Lexi’s nose. Blood gushed. Lexi stifled it with a hand while trying to keep the puppy at bay with the other, but Bardot was persistent, jumping and jumping until she knocked her mistress backward onto her butt.
Lexi let her head fall into her hands and cried; a small pool of blood and tears spilled onto the front of her T-shirt. She looked up in time to see Bardot squatting on the rug. 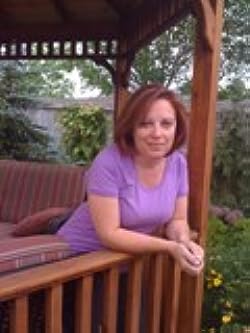 Jeanne Bannon has worked in the publishing industry for over twenty years as an editor and writer.
Come visit her website http://www.jeannebannon.com