A handsome neighbor and his friendly St. Bernard mooch food and kisses from a merry widow.

“It’s a sweet love story, with a bit of angst, a lot of humor, and some lovely kisses. I really enjoyed this story, and wouldn’t hesitate to read more from this author.” – Elizabeth Robbins from Goodreads

“Dog-Gone Christmas by Melinda Curtis is a sweet story. It is all about new beginnings and forgiveness.” – Julia David from Goodreads

“Dog-Gone Christmas is a sweet love story with some angst and humor involving a dog owner, his neighbor, and a dog — be prepared to laugh out loud at times.” – JoAnne from Goodreads

We Wish You A Ferret Christmas – Nikki Lynn Barrett

Can a lost and found ferret bring two fractured families together?

“As with every other Nikki Lynn Barrett book, I loved the characters and was drawn into the story immediately. You can’t go wrong reading a book by Mrs. Barrett and this is another example of that.”

“Nothing makes me happier than a book that deals with difficult issues and really gets down to the heart of the matter and how hard it can be…Such an amazing read and it really touches the heart!”

“We Wish you a Ferret Christmas is just the perfect story for getting us prepared for the holiday. Loved it.”

What Early Reviewers Are Saying

“I love it when authors add in a little animal love, too! It feels almost like 2 romances in one.” – Nikki from Goodreads

“This story is a great reminder of what the Christmas season is truly about…family and forgiveness.” – Julie Fowler

“It had laughter, love, heartache, forgiveness, and two little lovebirds that had their own thing going on.” – Lisa Longstreth

A near accident brings Toni and her daughter a homeless dog and a man she’d prefer to keep in her past.

Ms. Campbell has hit the nail on the head with what love is all about. Bravo!—Rose Morales

The characters are lovely from the beginning and especially Jade and Ridley, the puppy, who actually steal the show.—Sally Stackhouse

It was sweet, refreshing and a good balance of how a blended family comes together.—Celeste Williams

Hey Readers! Do you like your Christmas sweet and cuddly? How about heartwarming and small town? Or with the pitter-patter of little kitty and puppy feet? Then you’re in luck this Season. Three Clean and Wholesome boxed sets of Christmas romances for under Three Bucks.

Christmas Pets and Kisses is full of fun and frolic as each story mixes romance with the antics of furry or feathery pets. Don’t miss romantic Christmas tails, er tales, as adorable pets bring holiday magic and the gift of true love.

Amazon, Amazon UK, Nook, Nook UK, Kobo, Apple iBooks, Google Play
A Heartwarming Christmas is a special set of connected stories from 12 Harlequin authors set in the fictional Christmas Town, Maine. Get your small town fix along with laughter, tears, and happily ever-afters with these clean and wholesome stories of Christmas as you remember them.

Amazon, Amazon UK, Nook, Nook UK, Kobo, Apple iBooks, Google Play
Sweet Christmas Kisses 2 is from the authors of Sweet Romance Reads and contains 19 good, clean and fun stories that will make you laugh or cry, but is guaranteed to put you in the Christmas spirit full of good cheer. A USA Today Bestseller for 2015!

Noelle, armed with several goldfish and a kitten, brings Christmas cheer to a widower and his children.

“You definitely are on an emotional rollercoaster while reading Graced.”—Julie Fowler

“Graced is a must read that will pull on your heart strings.”—Terri Merkel

Far from home, a lonely young woman strikes up a friendship with a lost cat and his secretive owner.

“Unexpected Gift was truly heartwarming and a very different kind of love story. Once I started reading it, I couldn’t stop.” – Maria Diaz

“An emotionally turbulent, yet sweetly poignant, reminder that love has the power to heal all wounds.” – Liza Robbins

“What an incredible heart-warming story on true love that grows from the inside and not based on appearances.” – Rebecca Austin

One kitten, a broken-hearted girl, and long lost loves are brought together for a special mountain Christmas.

“I loved this novella. It is the first time I’ve read anything by this author and I liked her style of writing. This author has succeeded brilliantly.” ~Sally Stackhouse

“This story right here screamed made for TV. I love the Hallmark channel, and I could see this being played out there.” ~Celeste Williams

“This is a sweet story of love lost and regained, which will certainly put you in the Christmas spirit. If the rest of the stories are half as entertaining as this one, then readers will be well served.” ~David Lawlor 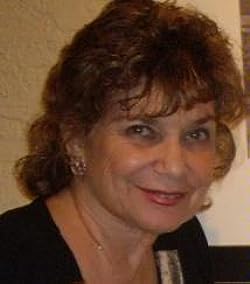 NY Times and USA Today bestselling author Mona Risk
A tireless traveler, Mona lives in Florida and writes contemporary romance, medical romance, and romantic suspense, simmering with emotion and sprinkled with a good dose of humor. Her novels are set in the fascinating places she visited–or in Florida, her paradise on Earth.
Two Loves for Christmas is EXCLUSIVE to Christmas Pets & Kisses from October 6 – November 6, so pre-order Christmas Pets & Kisses today and be the first of your friends to read Two Loves for Christmas  by Mona Risk
Amazon US ~ B&N ~ iTunes ~ Kobo ~ Amazon UK ~ Google

Get into the Christmas spirit with CHRISTMAS PETS & KISSES. Limited time offer, so grab your set today! ONLY 99cAmazon US ~ B&N ~ iTunes ~ Kobo ~ Amazon UK ~ Google