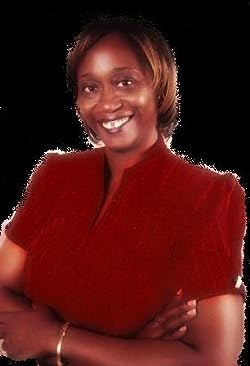 Tails, Time, and St. Nick – Mary LeoKris Timemaker has inherited a magical clock. Using the clock’s magic for anyone other than St. Nick on Christmas Eve has some grave consequences, but when his daughter’s beloved Westie goes missing, and his estranged wife asks for his help, Kris has no choice but to take a chance with time and try to win back his family in the process.

“Are you sure this is the right road?” Annabelle asked for the umpteenth time. Her mom, Noelle, glanced down at the GPS on her phone and sure enough, it read that the turn off for Merry, Pennsylvania was in two-point-four miles. The house they were looking for, located at 206 Mistletoe Drive was located only another three miles in. Still, there was no visible indication there was a town anywhere near the deserted road they were driving down. Not that Noelle could see anything other than a few feet in front her. Snow had begun falling about an hour ago, and with it visibility had dwindled to almost nothing. Darkness had engulfed everything on either side of the road so that not even a gas station or a street light pierced its gloom. For the sake of her daughter, Noelle tried to remain calm, and in control, but her insides quivered, and panic threatened to spring out at any moment. It seemed that her special GPS app could find Merry, but the town was completely absent on any other map.

*****
Kris Timekeeper thought he would be finished with all the upgrades he needed to make on St. Nick’s clock before Annabelle and Noelle arrived. He hadn’t wanted his work to get in the way of spending every minute with his daughter. Unfortunately, only a fraction of the assortment of copper coils and tiny gears he’d ordered from London had arrived, which meant not only would his time have to be divided up, but because he was running late with the fixes, he may have to let some of his planned upgrades go.

“This is highly unfortunate,” Kris said to his assistant, Mrs. Florence Tannenbaum, as they stood in the clock room, each busy with their own projects. “I’m nervous about using the old parts with all my upgrades.”“You’ll have to work with what you have,” Mrs. Tannenbaum said with her usual dismissive flair. “You can’t depend on the mail service for such an important task. It just isn’t prudent. Never has been.”Mrs. Florence Tannenbaum came with the house, which was fortunate because she knew almost everything about the ancient clock, the town, and great-uncle Tim. There had been contentious times in the past month when Kris had thought about dismissing her, but his great-uncle, even though he’d been practically bankrupt, had managed to make financial provisions for her and had strongly suggested that he find a way to work with her, despite her sometimes caustic behavior.Kris had bit his tongue on many occasions, as she continued to be a challenge. “Is the guest room ready for my daughter? They should arrive any minute.”Kris turned off the light on his desk inside the hidden room at the back of the house that was filled with gears, coils and various parts of antique clocks. The room dated back to when the house was initially built in the late eighteen hundreds, but was never added to the blueprints. For all intents and purposes the room didn’t exist. It resided on the third floor of the Victorian house, was purposely south facing with the entire upper half and ceiling made of thick, reinforced glass. The glass was automatically cleaned each dawn and dusk by a set of pulleys and squeegees run by some of the same gears and springs the clock ran on. The water was also automatically provided from a natural spring that ran through the back of the property. Trees hid the windows from the outside world, but the sun, the moon and the stars shone bright through the glass each and every day.“Your guest room is ready, but I had little to do with it. Your annoying housekeeper saw to it with her regular chores. If that’s all you need for today, I’ll be heading home for the night.”“Have a nice evening, Mrs. Tannenbaum,” Kris told her, anxious to end their day together.“I will, but it certainly won’t be because you told me to do so.”Kris sighed and hung his head in resignation. He’d once again forgotten that wishing her a nice evening was not something she responded to in kind. Instead, she took all of those traditional social pleasantries like ‘have a nice day,’ or ‘take care,’ as insults. To her, the person bestowing the kind wishes was literally telling her what to do. And Mrs. Tannenbaum would most definitely have none of that. No one told her what to do, ever, and she made darn sure everyone knew it.“Ah, of course,” Kris replied, hoping that by some miracle she’d have a great night despite her acerbic nature and return in the morning with a smile on her face. Of course, he’d hoped for this in the past and each morning she’d arrive with her usual scowl. But Kris was an optimist at heart, so he never gave up hope on anything or anybody. Surely one day she would change her tune. It was simply a matter of good temperament and time . . . which he was running desperately short on.He followed her out of the room, walked past the sliding wall, pulled on the large candlestick on the black marble mantle and watched the wall glide back into place, concealing the secret room from any prying eyes. No one would ever suspect that what was hidden behind that wall helped St. Nick–or Santa Claus, as was his more modern name. It was a secret that had been passed down in his family ever since his fifteenth century ancestor, who had lived in Prague, had designed the clock. It was one of two, only this one had been kept as a secret from the beginning, and shipped to this location once the house was completed. The other clock hung on the wall of Old Town City Hall, in Old Town Prague. This one was a smaller version, had been commissioned by Mr. Claus himself, and no one knew of its existence except the clockmaker’s family for more generations than Kris could count.Annabelle didn’t know it yet, but she was the last descendant, and would one day be the sole custodian and Mastermagical Clockmaker. With her most recent birthday, she was finally old enough to be told the truth, and Kris couldn’t wait to tell her . . . at the appropriate moment, of course. It also meant that he could tell his wife all about St. Nick’s clock as well, and this time, he hoped she would finally understand the importance of his work. 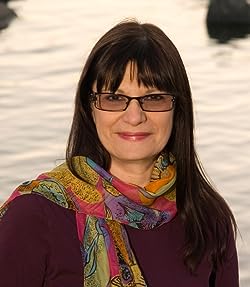 USA TODAY bestselling author Mary Leo grew up in a complicated Italain family on Chicago’s Southside where she developed the art of storytelling. She writes with ironic humor, a bit of whimsy, some serious drama, and has a longstanding love affair with the American cowboy.
Tails, Time, and St. Nick is EXCLUSIVE to Christmas Pets & Kisses from October 6 – November 6, so pre-order Christmas Pets & Kisses today and be the first of your friends to read Tails, Time, and St. Nick by Mary Leo
Amazon US ~ B&N ~ iTunes ~ Kobo ~ Amazon UK ~ Google

Jade Kerrion writes her award-winning science fiction, fantasy, and contemporary novels at 3:00 a.m. when her husband and three sons are asleep. She aspires to make her readers as sleep-deprived as she is. Her alphabetical Life Shocks Romances series anchors around unlikely romances you will root for and happy endings you can believe in.
Graced is EXCLUSIVE to Christmas Pets & Kisses from October 6 – November 6, so pre-order Christmas Pets & Kisses today and be the first of your friends to read Graced by Jade Kerrion
Amazon US ~ B&N ~ iTunes ~ Kobo ~ Amazon UK ~ Goodreads

Bestselling author Chantel Rhondeau once thought a great mystery or fantasy book with strong romantic themes was the highest level of reading bliss. After reading her first romantic suspense novel, she never looked back. Chantel is author of six romantic suspense novels, a Christmas novella, and the new McCallister’s Paradise series with many more in the works. She lives in the western United States, and when she’s not writing she loves playing cards with her family, bowling on leagues, and snuggling with her lazy kitties.
Unexpected Gift is EXCLUSIVE to Christmas Pets & Kisses from October 6 – November 6, so pre-order Christmas Pets & Kisses today and be the first of your friends to read Unexpected Gift by Chantel Rhondeau
Amazon US ~ B&N ~ iTunes ~ Kobo ~ Amazon UK ~ Goodreads