His Christmas Promise by Alicia Street
A stray dog with a penchant for giving warm and fuzzy love finds refuge with an ex-Army helicopter pilot and helps restore his bedridden grandmother’s will to live. It seems like a Christmas miracle until the bachelor war vet discovers the mutt belongs to a little girl who wants him back—and a single mom who makes him rethink his freewheeling ways and maybe even believe in love. 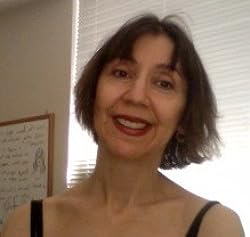 Alicia Street is a USA Today bestselling author and a Daphne du Maurier award-winner. She writes both sweet and steamier romances and sometimes collaborates with her husband, Roy. She spent many years as a dancer, choreographer, and teacher and is a compulsive reader of every genre. Alicia grew up with dogs and cats and could not imagine living without furry pals.
His Christmas Promise is EXCLUSIVE to Christmas Pets & Kisses from October 6 – November 6, so pre-order Christmas Pets & Kisses today and be the first of your friends to read His Christmas Promise  by Alicia Street
Amazon US ~ B&N ~ iTunes ~ Kobo ~ Amazon UK ~ Google

Get into the Christmas spirit with CHRISTMAS PETS & KISSES. Limited time offer, so grab your set today! ONLY 99cAmazon US ~ B&N ~ iTunes ~ Kobo ~ Amazon UK ~ Google