It’s that time again, out with the old and in with the new. A good time to keep what worked from 2014 and dump what doesn’t work. Okay, enough with the philosophy. I don’t make New Year’s resolutions because change is an ongoing process and face it, most resolutions last a week or a month if lucky. Instead, I’ll give you a list of what worked in 2014 and what didn’t work, mostly related to my writing, but also personal growth.

What Worked:
1. Positive Thinking and Affirmation. My life is lived one moment at a time, and I can choose at each moment to make it positive or negative. I can also choose to make other people’s lives positive. Taking a page from Dylan Jewell, hero in Whole Latte Love, I decided that I would simply be happy and make others happy. From letting others cut the line at the grocery store, to liking my friends’ status updates, to praises and affirmation to those around me, it’s been a great choice.

2. Living in the Moment. The only moment you can influence in your life is right now–the present. While writing Roaring Hot, I learned how my hero, Teo Alexiou, can fearlessly ride a speeding motorcycle around dangerous and challenging tracks by being totally immersed in the present. It is the only point of control he has with his bike. He is infinitely aware of everything and lets it go as soon as it has passed.

3. Fill Your Journey with Friends and Traveling Companions. This year, 2014, I discovered group writing–sharing and having people comment on my first draft a chapter or scene at a time. In the past, writers were advised to write their first draft in isolation, not showing or sharing their ideas with anyone lest it dampen their spirit or dissuade them from pursuing their story further. This is probably true if the people they are showing or discussing it with are negative people who tell them all the reasons why such and such won’t work. However I’ve found that if I surround myself with positive people who are affirming and encouraging, then I am spurred to write faster and more imaginative work by sharing my ideas. The act of sharing for me creates new and better, or at least more outrageous ideas. It’s like having a audience prods me to excel. Join my writing group, Romance In A Month, or start your own! You’ll be glad you did.

Not only did I write more, I also made more friends, visited more people, went more places, and had more experiences because of my three guiding principles.

What Didn’t Work or No Longer Worked:
1. Hanging out in Online Forums where Writers Congregate. This year has been full of negative news as far as writing and publishing are concerned. There are complaints about algorithms, the Amazon-Hachette debate, authors taking sides, the moaning about Kindle Unlimited, Scribd, and Oyster. None of these debates are particularly helpful, especially to a little author like me who is not well known, and only serves as procrastination in the guise of “learning the market.”

2. Detailed Critiques by a group of strangers. I learned a lot from critiques and spent most of 2011-2013 as a top contributor at CritiqueCircle.com. It’s where I honed my craft, made friends, and learned how to write and revise. It worked for me at the beginning and I recommend it as a great way to get detailed feedback from a varied group of writers and aspiring writers. You quickly learn that everyone thinks differently, and that what works for one person does not work for another. But after putting Whole Latte Love through Critique Circle, and subjecting myself to over seven, or is it eight revisions with plot changes and whiplash, I realized, that I had to be strong and convicted about my vision, that I knew how to tell my own story.

3. Marketing and Promoting Excessively. This site [see the top bar] has a giant list of marketing and promotion sites. I have used almost all of them, more than 90%. I spent most of 2012 and 2013 promoting, doing giveaways, short-term price drops, blogging, blog touring, and tweeting. All of this time could have been spent writing and meeting readers who remember me. I realized that the techniques of mass media, i.e. of the late twentieth century, of getting your name out there (by repeated exposure), does not work when there are millions of names shouting just as loudly. This year, I went back to basics. I started a fan club, worked on my mailing list, and personally engaged readers who write to me. I’ve gotten to know readers from India to Portugal to Australia, and even though the numbers are small, the interaction is richer and more satisfying. Not to mention, I have people willing to beta read for me and give me early feedback. When Romancing Christmas released, I offered everyone in my mailing list a free copy. The ones who took the gift got an early Christmas gift and I got to “spread happiness.” It worked great.

Join my private reader’s club Club Rachelle Ayala here. Or get on my mailing list [here] to be notified of new releases, giveaways, and updates.

Wishing everyone a Happy and Prosperous New Year!

So… your turn. What worked for you and what will you drop? As the critiquers on Critique Circle are fond of saying, “Keep what works, drop what doesn’t.”

I’m blown away by the recognition of winning the Outstanding Author in Multicultural Romance 2015 with my book, Knowing Vera, a love story involving a disabled athlete. What an honor to be among such fantastic writers who are pushing the boundaries to tell the stories that need to be told. I’m inspired by Chimamanda Ngozi Adichie’s TED talk to ensure multiple stories for people of all cultural backgrounds. I appreciate the stories of all the people around me, and I love a good romance no matter the circumstances. Thank you, Angeline Bishop, and all the fabulous people who made this award possible.

Last night The 2015 AMB Ovation Awards b.k.a. The Angie Winners were announced. Congrats to all of the winners and nominees.

There’s nothing like an extra helping of pie, merry Christmas music, a crackling fire, and a Christmas story. Back when I was a kid, I yearned to watch Christmas cartoon specials, Charlie Brown Christmas, Rudolph, Frosty the Snowman, to Hallmark specials and Christmas movies. They were familiar, the same, Miracle on 34th Street, It’s a Wonderful Life, classics to be enjoyed again and again.

However, if you want something new, something odd, or intriguing, or even way out, look no further than the avalanche of Christmas romance novellas at ebook stores everywhere. From talking cats to hairless dogs, Navy SEALs to shapeshifting bears, dashing doctors to scarred veterans, romance writers everywhere are putting out Christmas stories for every taste, mood, and theme.

This years crop includes Ten Christmas Brides, for all you marriage minded readers, centering around Christmas marriages and proposals. 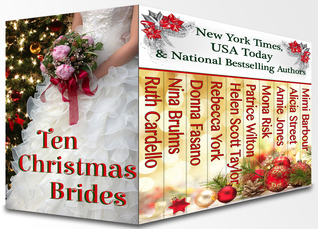 Then there are sweet kisses, and behind the door love scenes, geared for the PG-crowd.

And the hot, steamy, sensual ones with enough heat to melt Frosty! 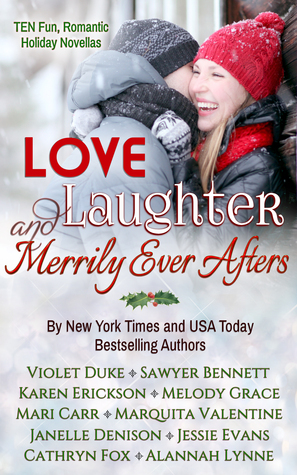 If inspiration and faith is your theme, there’s a set for you too. 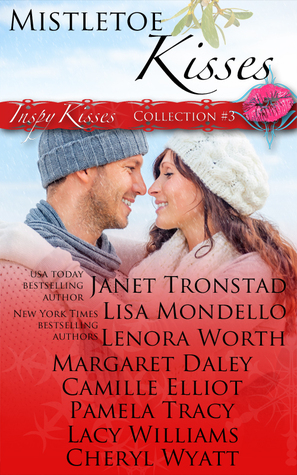 And finally, there’s the heartwarming magic of Christmas that heals broken families, gives hope to the scarred, and brings people and pets together all in the name of love.

Romancing Christmas has a story for everyone and includes my contribution, A Father for Christmas: A child’s wish, a mother’s fear, and a badly scarred veteran hope for their best Christmas ever.

Whatever set you pick [or get them all], you’ll laugh, cry, hug your pet, husband, or child, and rejoice as you cuddle with this year’s crop of Christmas stories. Perhaps what I like MOST about Christmas stories is the happy ending and uplifting of my spirit. It gets me into a holiday mood, give me hope, and lets me look at the world and my fellow man more kindly.

So tell me, why do you like Christmas stories? Which one is your favorite?

Filipino food is special because it is fusion of native Austronesian cuisine with Malay, Spanish, Chinese, Mexican, and even American influences. Rice is a staple and soy sauce is used, but so are chili peppers, coconuts, and noodles. Filipinos even have their own version of American ketchup in the form of banana ketchup. And don’t forget Filipino spaghetti which add sliced hotdogs and shredded cheddar cheese to the mix.

In my book, Claiming Carlos, we follow the fortunes of a Filipino restaurant, Barrio XO and its traditional roots. Choco’s parents started the restaurant and head chef, Carlos López, adapts the recipes based on knowing his customers, what region they’re from.

“That’s because I customize it to the customer.” Carlos tipped his chin at Choco. “She tells me who’s out there and what she thinks they’re like. With my regular customers, I know what region they’re from: Bicol, Visaya, Cebu, Palawan, Cagayan, Tsinoy.”

Unfortunately, when restaurant consultant, Johnny Dee, appears on the scene, he wants Carlos to create recipe cost cards and standardize all the ingredients including their amounts. He also tries to introduce non-Filipino dishes to the menu, as well as hybrid dishes containing Filipino ingredients with those from other cuisines.

Carlos resists and Choco goes along with the changes. But what finally matters is how a dish tastes, not where the ingredients come from.

I’ll leave you to read Claiming Carlos and tell me what you think. Meanwhile, I’ve been modifying Filipino recipes to suit my family’s taste buds. We like it spicy and not as sour, so although these dishes are not authentic, they taste great and show how Filipino food continues to evolve and reinvent itself. [Don’t scream, Carlos!]

I hope you enjoy these modified recipes. As Carlos runs screaming from the kitchen and Choco chases after him, I thank you for picking up a copy of Claiming Carlos.